You hold a unique position in society: you are the ultimate arbiter of political power.  Because those currently in power are driving the world to ecological perdition, this fact is now of critical importance.  It is therefore highly significant that you have chosen the honorable course by shifting your support to the people you ultimately serve.

The immense challenge you face is to replace these power holders and then to manage the fundamental changes required for humankind's ecological survival.  As explained more fully in Ecological Survival and Revolutionary Change (see below), these include solar radiation management (SRM) to prevent runaway global warming, the transition from capitalism to a sustainable economy, and the restoration of environmental integrity.  To meet this challenge you will have to restrain the populace's consumption appetites and massively redirect social resources to the survival tasks.

It is important to understand that your intervention will not be a military coup, but rather the initial stage of a political revolution.  A coup protects existing power holders by removing a non-compliant government.  Your intervention will instead remove the power holders themselves.   This will be only the first stage because power must be returned to civilian hands as soon as this is feasible.  Your intervention should therefore be seen as the transfer of political power from an ecocidal civilian group to a sustainable civilian group through a limited period of military rule that is necessitated by ecological collapse.

To make the above more concrete, see the proposed public statement by the United States military below.  This explains its hypothetical seizure of political power in that country. 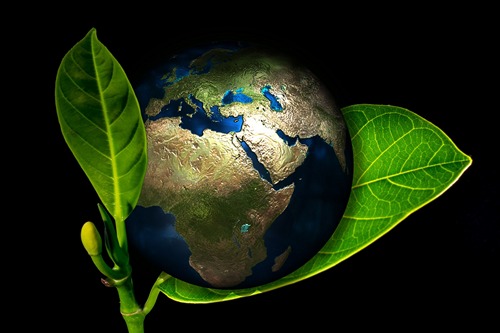 This document outlines my analysis of the ecological crisis and humankind's rational response.  It explains why and how this response was blocked, why revolutionary change is now necessary for survival, and how a youth-military strategy could achieve this end.  It also discusses the difficult transition from expansionary capitalism to a sustainable economy.

Proposed Public Statement
by the US Military

Citizens of the United States:

Over the past twenty-four hours the United States military has seized control of the country's key centers of communication, commerce, and government.  This intervention was necessary to take emergency action on the environment and to initiate the economic and political restructuring required to address the ecological crisis.  Military control will be relinquished as soon as civilian leaders are prepared to complete these essential tasks.  The political leaders of key countries have been informed of our actions and the reasons for taking them.

We recognize that, even as a temporary measure, this is a drastic step that runs counter to America's values and traditions.  A fuller explanation is therefore in order.

The military's core purpose is to protect our nation - that is, to safeguard the collective interests of the American people.  We have always assumed that the country's leaders served these interests as well.  However, the perilous environmental degradation of recent decades and the absence of any effective response have made it clear that this assumption no longer holds.  There is a growing divergence between the interests of the people and the actions of their leaders.  The military has therefore been forced to choose, and it has chosen the people.

Our first step will be solar radiation management (SRM) to prevent massive releases of methane from the rapidly melting Arctic.  This is necessary to prevent runaway global warming, which would devastate the biosphere and doom the homeland.  SRM now has the same existential urgency as repelling a foreign invader from America's shores.

Once these emergency measures have been initiated the military will begin to transform our economy so that it is fully sustainable.  This will entail a rapid shift from economic expansion to contraction as well as efficiency improvements that are unconstrained by the profit motive.  America's foreign policy will be modified to encourage other countries to move in this direction.  Military expenditures for the defense of our nation will not be compromised as a result of these changes.

Business leaders are strongly encouraged to embrace the economic transformation and to play a constructive role in the new economy.  Your abilities and experience are valued and will be appropriately rewarded so long as your businesses fully obey all environmental and social regulations.

Citizens must understand that the consumption of non-essentials will decline.  Goods and services that provide little objective benefit or that cause excessive environmental damage will be eliminated or drastically curtailed.  Workers who are displaced by these adjustments will be financially supported until they are re-employed in a modified labor market.

The above changes are far-reaching and will require extensive intellectual support.  This includes the development of a new economic theory and the creation of the institutions, laws, regulations, etc. that will be required to manage a sustainable economy.  Funding for social research will be distributed accordingly.

Americans should note that, although they are free to discuss these initiatives, public opposition and active resistance will not be tolerated.  Military law, which is now in effect, will be strictly enforced to punish any offenders.

More information on these critical changes, and what they imply for government, business, and citizens, will be distributed shortly.

We are confident that the American people will understand that the military is acting on their behalf, and that these exceptional measures are unavoidable at this late hour.