The Economics of Needs and Limits (ENL) is an analytical framework that is intended to guide a contractionary, post-capitalist economy. It is based on the ethical principle that all human beings, present and future, are of high and equal worth. This implies that an economy must maximize well-being and equity while preserving the environment for future generations. This post is the first in a series that describes how ENL applies in specific situations. In this series I ignore political factors in order to focus on economic thought. For an introduction to the ENL framework, see An Introduction to ENL. For full details, see my book, The Economics of Needs and Limits. 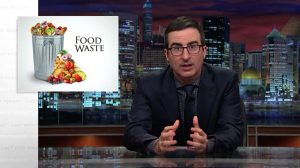 A few months ago John Oliver's HBO program, Last Week Tonight, examined the important issue of food waste.[1] His specific target was the U.S., but his comments apply to other rich countries as well. I will use this as my inaugural example of the ENL perspective.

Although Oliver understandably ignored the issue, a significant problem underlying food waste is the nature of current economic thought. Standard economics - the theory taught at colleges and universities around the world - has no concepts, and thus no analytical tools, to address the objective value of food and the true cost of its production and wasteful disposal. The inevitable result is a food system that is permeated with irrational processes, illogical criteria, unreasonable standards, and solutions that are little more than superficial, after-the-fact fixes. Let's see how the application of ENL would transform this situation. To limit the discussion I will confine myself to the framework's value concepts, leaving cost and other topics for future posts.

ENL makes a fundamental distinction between needs and wants. Both are consumption desires, but a need is one that increases objective well-being when it is satisfied, whereas a want does not have this effect. For example, the desire for nourishing food is a need, whereas the desire for beer or cigarettes is a want. The criterion used to assess objective well-being is physical health. This is a relatively constant factor among people and is thus conducive to equity. As well, it places a natural limit on consumption. The human body, after all, can only assimilate so much nourishment before its health is maximized. Wants, by contrast, are limited only by personal appetites, which can be artificially stimulated and subjectively inflated. 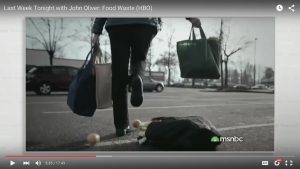 Oliver's segment shows a consumer walking to her car with four bags of groceries. She drops one bag and fruit spills out. The point made is that food waste at the consumer level is equivalent to discarding one quarter of the food purchased. However, what if marshmallows and ice cream had spilled from the bag instead? The effect on the consumer's wallet would likely be similar, but the effects on her family's health would be quite different. Bananas and oranges satisfy needs - they have far more capacity to increase health than various forms of comfort food, which primarily satisfy wants. If all four bags had contained such non-nourishing food, then discarding one would likely increase rather than decrease her family's health. This underscores an important fact: what should be considered in economic analysis is not just the quantity of food that is consumed or wasted, but also the quality of this food with respect to objective well-being.

A central feature of effectual value is that it leads to the equitable distribution of outputs. Eating one or two peaches per day is beneficial for most people, but the incremental health benefits will decline and eventually reach zero if consumption continues. This effect is called satiation. It implies that a rich person eating their sixth peach will not generate nearly as much effectual value as a poor person eating their first peach. A primary ENL objective is to maximize a society's aggregate health. This can be achieved only if the poor are allowed to generate effectual value at the same pace as the rich. We must therefore ask not only if an output has high potential value and is consumed rather than wasted, but also how satiated the consumer is when consumption occurs. 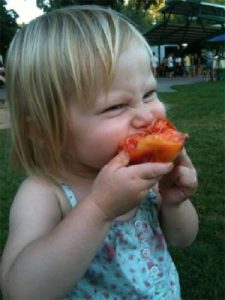 If the above concepts and measures were fully implemented in a contractionary economy, how would the food system be altered? I will keep the focus on peaches because this was one of Oliver's main examples.

The first task would be to maximize potential value in the production process. Peaches would therefore be grown to maximize health. This means that the use of herbicides, pesticides, and other chemicals would be minimized, and that the fruit would be cultivated for its food value rather than its appearance. Unless it is rotten or otherwise inedible, every peach would be used - if not for direct consumption, then in jams, jellies, and other peach-based products. Laws, regulations, and tax incentives would be structured to achieve these ends. As well, consumers would be intensively educated to focus on the fruit's health effects rather than its shape and color. One of the key aims would be to modify social norms so that people take pride in consuming imperfect produce and feel shame at insisting on produce perfection. This attitude shift would consign most grading and esthetic standards to irrelevance. 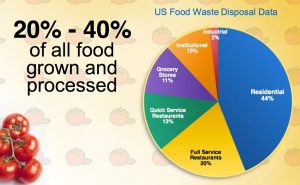 The next task would be to maximize effectual value in the consumption process - that is, the path from store to stomach or dump. This entails the maximization of the two efficiencies described above. Distribution efficiency would be maximized by reducing the gap between rich and poor through income and related policies, thus enabling the formerly poor to afford peaches. Education would again be used to shift consumption habits away from junk foods and towards fruits and other nutritious outputs. Consumption efficiency would be maximized by encouraging people to buy only what they can eat, to avoid spoilage, and in general to treat peaches not as just another consumer item, but as a precious gift from nature that has the potential to increase human well-being.

To summarize, an ENL-based economy would organize its activities with potential value and effectual value uppermost in mind. It would maximize potential value during production, maximize effectual value during consumption, and monitor these efforts by measuring, publicizing, and responding to the relevant efficiency measures. Like today, food would be sold through private businesses, but the desired outcomes would be achieved through laws, regulations, education, and social pressures.

One of the key contributions that ENL could make to food rationality is that its concepts and measures would enter the public mind and be available in discussions and debates. Oliver was forced to use words like "crazy" and "insane" to describe the U.S. food system. He couldn't use "inefficient" and "uneconomical" because standard economics doesn't support these terms in this situation. Few people recognize the degree to which the standard discipline dictates our thinking about economic problems and limits the range of solutions we consider. 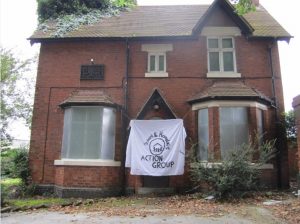 A good example of this effect is the parliamentary discussion in the U.K. a decade ago with respect to housing.[2] A legislator pointed out that 750,000 U.K. homes were standing empty while people were homeless or under-housed, and proposed that the owners of these homes be forced to rent them out. The relevant amendment apparently failed. The legislator would have been far more persuasive if he could have asserted that his argument was supported by economic theory: unused homes destroy effectual value and negatively impact consumption efficiency. In other words, he could have stated that leaving homes empty is not just irrational and immoral, it also contradicts the fundamental principles that guide society's economic behavior.

The next time you hear someone talk about the "economics" of a situation, or comment on the "economic feasibility" of a proposal, ask yourself: which economic theory is implicitly being employed? In virtually all cases the answer will be standard economics, which undergirds the irrationality of capitalist production and consumption. If your aims are environmental sustainability and economic justice, then thinking and debating in these terms is largely a lost cause. I propose ENL as an alternative mode of economic thought and a powerful weapon in economic debates.