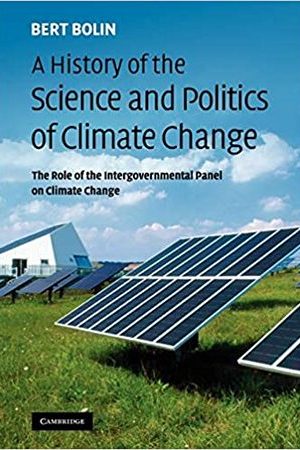 A History of the Science and Politics of Climate Change

Subtitle: The Role of the Intergovernmental Panel on Climate Change

Bolin was the IPCC's first chair and held this post for almost a decade. In this book he recounts the organization's history and the opposition it encountered. Despite his vaunted reputation, Bolin was a central figure in establishing the IPCC's core falsehood: the solution to the GHG crisis is to bend the emissions curve to zero rather than the concentrations curve to a safe level.