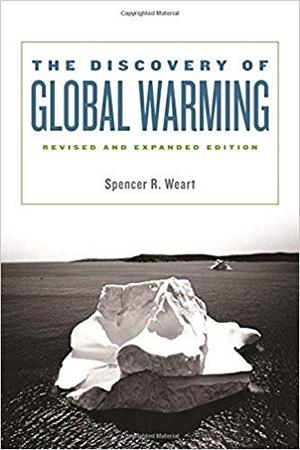 Weart's book is useful not only for its historical perspective on global warming, but also because it provides three crucial insights.  First, scientists have long known that the climate system, particularly the polar regions, are highly sensitive to small perturbations that can trigger massive changes.  Second, anything to do with climate disruption was suppressed and distorted when conservative forces began their ascent in the 1970s.  Third, the IPCC was probably established not to solve the climate problem, but to snatch control of the issue from the independent scientists who were frantically raising the alarm.  His courageous statement on this topic is worth quoting in full:

"Conservatives and skeptics in the U.S. administration might have been expected to oppose the creation of a prestigious body to study climate change.  But they distrusted still more the system of international panels of independent scientists that had been driving the issue.  If the process continued in the same fashion, the skeptics warned, future groups might make radical environmental pronouncements.  Better to form a new system under the control of government representatives.  Besides, a complex and lengthy study process would restrain any move to take concrete steps to limit emissions.”  (p. 152, emphasis added)