I am a 71-year-old thinker who sees his death on the horizon.  I therefore want to confess my greatest sin: when analyzing the ecological crisis I have committed thoughtcrimes.  Specifically, I have used facts, logic, and an independent mind when I should have trusted the IPCC, The Guardian, and the other representatives of the Party and Big Brother.  As George Orwell might have said in 1984, I am an environmental thought-criminal.

Two of my thoughtcrimes are particularly odious.  The first is my conclusion that, because unsafe greenhouse gas (GHG) concentrations cause extreme ecological damage over time, they must be reduced to safe levels as quickly as possible.  I should of course have listened to the authorities, who insist that the correct approach is to lower GHG emissions to net-zero by 2050.   This will increase concentrations for another thirty years and likely doom the biosphere, but that's irrelevant.  Sound environmental strategy doesn't arise from sound reasoning, but from strict obedience to the Party.  I deeply regret my hubris.  (See Net-zero Emissions is a Milestone, Not a Goal.)

The second of my despicable thoughtcrimes is to believe - and publicly state! - that solar radiation management (SRM) is likely necessary for humankind's ecological survival.  My argument is straightforward: safe GHG concentrations are at best decades away, runaway global warming will be a massive risk during this period, and SRM is the only way to appreciably lower this risk.  The Party has nevertheless decreed that SRM can't be seriously considered, and I should have accepted its judgment without demur.  I rue my intellectual conceit.  (See A Rational GHG Strategy for the Young.)

As part of my confession I must briefly explain why I have made these and other egregious mistakes.  Shamefully, I have not applied the standard intellectual techniques for avoiding impermissible thought.  Orwell called these crimestop, doublethink, and blackwhite.  Crimestop is the key.

As the word indicates, this technique prevents thoughtcrimes.  Orwell defined it as, “...the faculty of stopping short, as though by instinct, at the threshold of any dangerous thought.  It includes the power of not grasping analogies, of failing to perceive logical errors, of misunderstanding the simplest arguments if they are inimical to [the ruling ideology], and of being bored or repelled by any train of thought which is capable of leading in a heretical direction. Crimestop, in short, means protective stupidity.”

Had I been faithful to the Party and strictly applied crimestop I would have been revolted by the very idea of safe concentrations, and I would have been oblivious to the fact that reducing emissions to solve a concentrations-based problem is illogical.  Had I worn the cloak of protective stupidity I would have joined the thousands of climate scientists who uncritically follow the Party's beneficent SRM guidance.  I humbly apologize for my apostasy. 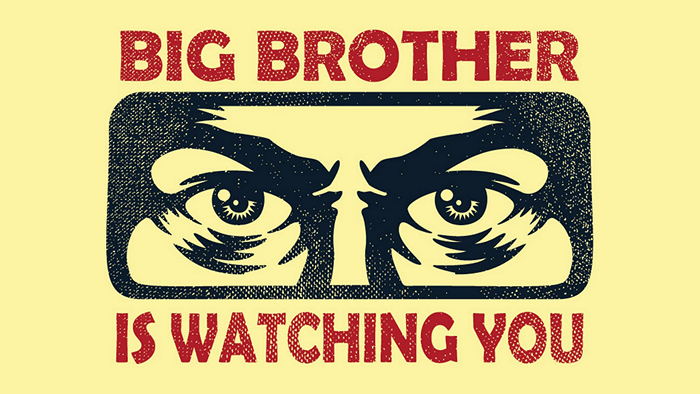 In 1984 no-one commits thoughtcrimes with impunity.  The Thought Police are everywhere, and they nab anyone whose mind strays into forbidden territory.  The novel's protagonist, Winston Smith, is eventually caught, tortured, and broken.  He then masters crimestop and spends the rest of his days in submissive compliance.

This is now my goal as well.  I intend to join the crowd by infantilizing my mind and betraying my ethics.  This will allow me to embrace the IPCC's fairy tales and to succumb to The Guardian's seductive propaganda.  It will also allow me to forget about the young and the natural world.  In the past I was deeply concerned about both, but they clearly fall outside the Party's concerns, so they can go to hell.

I have a request.  Should I succeed in negating both logic and compassion, I ask that my epitaph be Orwell's concluding words: "He had won the victory over himself.  He loved Big Brother."