From the intellectual perspective, humankind faces two major challenges in tackling the ecological crisis. The first is that the problem is massive and unprecedented, which means that critical areas such as economic theory and social organization must be rethought from the ground up. Unfortunately most intellectuals, particularly academics, are rewarded for throwing bricks onto the existing piles of knowledge rather than starting new piles. Their usefulness in such rethinking is therefore limited.

The second major challenge is that the crisis has to date lacked context. Ecological overshoot has been perceived as unique to the Earth and humankind, so our analysis has been complicated by the specifics of the human situation and compromised by our personal entanglements in them. This is one reason why, although we have been aware of the ecological threat for over half a century, we have still not produced an objective assessment or formulated a rational response.

A recent book, Adam Frank’s Light of the Stars, offers an analytical approach that may help concerned thinkers overcome the second of these challenges.  Frank is an astrophysicist at the University of Rochester in New York and a science evangelist who regularly appears on National Public Radio.  For two video introductions to his work, I suggest this talk at Google and this interview about the Fermi paradox.

In a nutshell, the author’s thesis is as follows.  Since the launch of the Kepler telescope in 2009 almost 2,000 planets have been discovered outside our solar system. From the data gathered we now know that most stars are accompanied by at least one planet, and that one in five stars has a planet in its habitable zone.  Applying the Drake equation, we can reasonably conclude that technological civilizations such as ours – “exo-civilizations” – are extremely common over cosmic space and time.  But any such civilization must harvest copious energy to fuel its development.  Because the laws of physics and chemistry are universal, this will result in copious wastes that will eventually trigger planetary overshoot.  The conclusions: our crisis is very likely not unique, humankind was not to blame for its initial occurrence (although we do deserve blame if we don’t act now), and if we understand the general pattern of planet-civilization interactions we will gain valuable insights into our own predicament.

I fully agree with Frank regarding the usefulness of this approach. The cosmic context allows us to abstract away from concrete details and to see the crisis as a single instance of a universal phenomenon. It also leads us to recognize that, because overshoot was virtually impossible to foresee and forestall, blame attaches exclusively to the lack of effective response after its damaging effects had become clearly evident.

Where Frank and I part company is with regard to the most fruitful application of his work.  As a physical scientist his choice is to model the interactions among energy use, population growth, and planetary impact for a wide range of civilizations in order to determine their average lifespan.  Although this number would give us a fascinating insight about the universe as a whole, it would tell us little about the specific crisis we face.  Frank defends his choice by stating that an average lifespan of two hundred years would mean that we’re in big trouble.  However, we already know we’re in big trouble, so this information would be superfluous.  If instead the average lifespan were two thousand years, this would likely deepen our existing complacency.  I therefore think that the right tool for this purpose is an Earth-specific model such as that used in Limits to Growth – the seminal 1972 report that Frank mysteriously fails to cite or credit.

If our aim is to respond effectively to the Earth’s rapid degradation, the above approach should be applied not to the physical but to the social attributes of exo-civilizations. Why?  Because the overwhelming obstacles to a rational crisis response are the social forces that suppress human rationality in order to maintain the ecocidal status quo that serves their interests.  If the key social attributes of a typical exo-civilization can be identified, a generic political analysis becomes possible and this suppression could lose some of its effect.  In other words, I see the development of an “exo-politics” as a promising way to liberate the concerned mind from a half century of politically-motivated distortions and restrictions.

How might such a politics be developed?  The first step would be to specify the social components that would necessarily constitute a technological, energy-harvesting civilization.  Presumably these include a high population of intelligent biological beings, a leadership that exercises social control and spurs technological advance, and a military force that enforces this control and offers social protection.  The next step would be to identify the motivations that drive the population’s behavior and interactions.  Like all biological entities they would possess strong self-interest to maximize their survival chances and material well-being, but also an ethical sensibility to permit relationships, cooperation, and social stability.

Once these preliminary assumptions are firmed up and a simple model is developed, various overshoot scenarios could be played out.  The critical question is how a civilization’s leadership might respond to the planetary damage resulting from its energy-intensive project.  Could such a group reconstitute itself and shift the civilization onto a sustainable trajectory?  If this is impossible given its specified attributes, might the military be able to play a constructive role?  They would have excellent organization and a duty to protect the population and the home territory, so why not?  What about the rest of the population?  Could they, with their mix of self-interest and ethics, overlook the technological cornucopia they now enjoy and revolt against their collapse-bound leaders?

My aim here is not to produce the model or to answer the questions, but to establish that such a model is feasible and such questions are answerable.  Even more: the questions become possible.  Without an abstract model it would take a wild imagination to ask if the military can play a decisive role in overshoot reversal.  Once its role in a generic civilization is clearly presented, this possibility is hard to miss.  Similarly, the resistance to fundamental change by an energy-drenched leadership and a technologically-spoiled population are cast in sharp relief and can be seriously considered.  In brief, the radical speculations that are now required to extricate ourselves from our overshoot disaster would be greatly facilitated by a mind-liberating exo-politics.

Above I said that Frank is wrong to focus on the average civilizational lifespan if the purpose is to address the crisis here on Earth.  I believe he makes another significant mistake – one that is common among academics and must now be exposed.

The error is that Frank works with two discrete conceptions of time.  When dealing with the possibility of ecological collapse he uses what might be called “planetary time”.  This is the real time that must be carefully considered in the quest for sustainability.  For example, in explaining one of his model results he notes that if a civilization is late in switching to low-impact energy sources, collapse is inevitable despite its subsequent efforts.  The “late” in this sentence refers to planetary time. 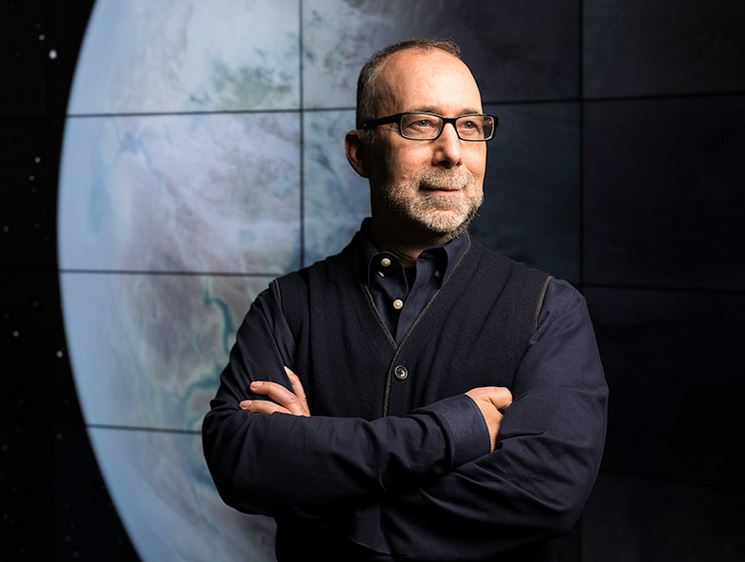 But when he moves away from the reality of ecological events, he switches to what might be called “university time”.  This is the imagined time that is unconditionally available for lengthy research initiatives.  One example is his comment that the model-building will be, ” … a long and interesting project.”  (p. 193)  The “long” in this sentence refers to university time – a fantasy construct that underpins the academy’s disconnection from the unfolding catastrophe.

Because our environment could pass the point of inevitable collapse long before such extended projects are complete, researchers like Frank should regulate their work on the basis of planetary time.  Thus, if a point-of-no-return will likely be reached in the Arctic within two years, environmental researchers should adjust their work schedules accordingly.  This runs counter to institutional norms, but these norms are increasingly irrelevant as we approach the precipice of ecological collapse.

To summarize: Adam Frank, in Light of the Stars, offers a cosmic perspective on humankind’s ecological crisis.  He uses this approach to model various exo-civilizations in order to establish their average lifespan.  In my view the approach is more fruitfully applied to our social situation through the development of an exo-politics.  This would allow concerned thinkers to sidestep the politically-motivated restrictions that have thus far crippled their ecological analysis.  There is also a pressing need for academic researchers to align their work with the planetary time that will determine our ecological fate rather than the university time that habitually guides their activities.