PREVIOUS Climate Science Post: Net-Zero Emissions is a Milestone, not a Goal

During the Vietnam War the United States military sprayed 50,000 tons of Agent Orange and other defoliants on Vietnamese forests to expose the trails used by the Viet Cong.  The plant researcher who had synthesized Agent Orange many years earlier, Yale University's Arthur Galston, was appalled by the resulting human and ecological damage.  He therefore asked the members of his professional association, the American Society of Plant Physiologists, to sign a resolution opposing its use.  He sent this to President Lyndon Johnson, and in 1970 - five years before the war ended - the military discontinued this horrific practice.

In a 1972 article, Science and Social Responsibility: A Case History, Galston reflected on his successful campaign.  His main conclusion was that, "... almost any scientific finding can be perverted or twisted under appropriate societal pressures."  Because very few of his fellow scientists had supported his efforts, he decried the lack of social conscience within his own professional association.  Most importantly, he called for an ethical awakening within organized science: "... scientific societies must somehow be made to realize and act on their social responsibilities."  (emphasis added)  He spent the rest of his academic career, and some of his retirement years, teaching bioethics to Yale undergraduates. 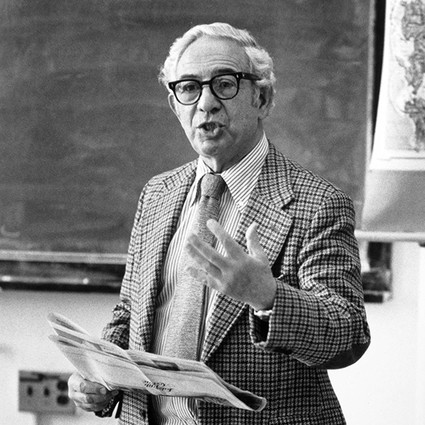 Sadly, climate scientists and their associations have not followed Galston's shining example.  Despite his warnings, the field has allowed its generally excellent research to be perverted and twisted under societal pressures, and it has largely abdicated its social responsibilities.  One glimmer of hope is that, as with the small group that supported Galston, a critical mass of heroic climate scientists will step forward to disavow the standard distortions and offer society a truthful account of the unprecedented crisis it now faces.

The social responsibilities of climate scientists are spelled out by the American Geophysical Union (AGU), which is one of the field's main professional organizations.  According to its Scientific Integrity and Professional Ethics document (2017), the AGU promotes science "for the benefit of humanity", "to ensure a sustainable future", and to foster "environmental well-being".  Its most significant section is the following:

"Stewardship of the Earth: Members have an ethical obligation to responsibly, accurately, and clearly inform the public about natural resources, hazards, and other geoscience phenomena of importance to the well-being of Earth and society."

The document points out that, as with research misbehavior, violating this obligation constitutes scientific misconduct.

The AGU is not the only organization to highlight the social responsibilities of scientists.  The National Academy of Sciences, in its book On Being a Scientist, states that, "... because scientific results greatly influence society, researchers have an obligation to act in ways that serve the public."  According to the Brussels Declaration, which was adopted in 2017 by the American Association for the Advancement of Science (AAAS), "Citizens have every right to ask who the experts are, how they are chosen, and what the veracity of their advice is."  The declaration also insists that "Scientists must listen and respond to criticism."  The World Economic Forum, in a Code of Ethics formulated by young scientists, says that, "... scientists owe a duty to the public to share the findings of scientific research in a manner that allows them to understand and judge the impact ... of the science and research they have funded."

Briefly stated, the social responsibilities of climate scientists are to clearly, fully, and accurately inform society about the crisis and its potential solutions, and to respectfully interact with the public on these issues.

My claim is that, with only a few honorable exceptions, climate scientists have abrogated these responsibilities, thereby leaving societies scientifically disarmed as rising greenhouse gases (GHGs) imperil their future.  I will substantiate this claim by outlining three accusations against the field: disorienting society about the crisis itself, abandoning the rational goal of safe GHG concentrations, and misrepresenting geoengineering.

1. Disorienting society about the crisis

Likely the most dangerous aspect of the ecological crisis is the damage to Earth systems from the rise in GHG concentrations since the Industrial Revolution.  To a large degree this is the domain of climate scientists, and it is their professional duty to characterize the threat objectively and accurately.  They have failed to do so, starting with the name and nature of the crisis itself.

The term generally used by the discipline to identify the various GHG-based threats is "climate change", which is defined by the IPCC as a prolonged change in the mean and variability of key weather components.  However, as shown in figure 1 below, such change occurs at the end of the causal chain that begins with elevated GHG concentrations.  It is therefore not the initial or triggering event, and it has no bearing on ocean acidification - the chemical result of elevated CO2 levels.  "Climate change" is a plausible term for the public because shifting weather was an early GHG impact due to the atmosphere's relatively low mass.  But climate scientists have a duty to be rigorous and to correct rather than reinforce public misconceptions.  They should therefore have chosen a term such as the one used below: "GHG crisis".

The misuse of "climate change" causes deep public confusion, but it is only one of several distortions of key terms.  The IPCC defines "global warming" as the warming of the Earth's surface by elevated GHG concentrations, which clearly distinguishes it from "climate change".  Despite this, climate scientists in many cases use the two terms interchangeably.  Another example is the common term "mitigation".  This is defined by the IPCC as the combination of reduced emissions and enhanced sinks, but is generally construed as reduced emissions alone.  The bizarre result is that, when climate scientists tell society to "mitigate and adapt", it has no way of knowing what they really mean, or even if they have a consistent understanding among themselves.

As stated in the AGU's stewardship clause, climate scientists must "responsibly, accurately, and clearly inform the public about ... geoscience phenomena of importance to the well-being of Earth and society."  My first accusation is that, given the intellectual muddle they have created, climate scientists have been irresponsible, inaccurate, and unclear in informing the public about the GHG crisis.

Almost three decades ago a major climate agreement called the UNFCCC committed the international community to the scientifically sound goal of maintaining GHG concentrations at safe levels.  For CO2 the safe level is 350 parts per million (ppm) or less.  When the agreement was ratified in 1994 the concentration was already unsafe at 360 ppm.  Instead of dropping it then rose rapidly.  It is now 415 ppm and increasing (in non-pandemic years) at about 2.5 ppm annually.

How did this happen?  In 1995 the IPCC, which represents the views of most climate scientists, decided that specifying the danger level for GHG concentrations was a task for policymakers - that is, non-scientific government representatives. As explained here, this was an illogical and unethical step that led to the rejection of safe concentrations as the GHG goal and its replacement with reduced emissions.  Because emissions are concentration additions, GHG levels inevitably rose in the decades that followed.  Figure 2 below depicts the enormous difference between these two approaches.

The National Academy of Sciences states that, "... researchers have an obligation to act in ways that serve the public."  My second accusation is that, by abandoning the rational goal of safe GHG concentrations and substituting ecocidal temperature targets, climate scientists are complicit in the global warming and ocean acidification that are now devastating Earth systems.  They are therefore betraying rather than serving the public.

No GHG issue is conceptually simpler, and more comprehensively mystified, than geoengineering. As shown in figure 3 below, more energy is currently flowing from the Sun to the Earth than from the Earth to space.  This creates an energy imbalance that results in global warming.  Unless this imbalance is quickly reversed, tipping points and points of no return will soon be passed and environmental collapse will ensue.  There are only two ways to achieve this reversal: decrease incoming energy with solar radiation management (SRM) and increase outgoing energy with GHG removal (GGR).  "Geoengineering" refers to the combination of these two measures. 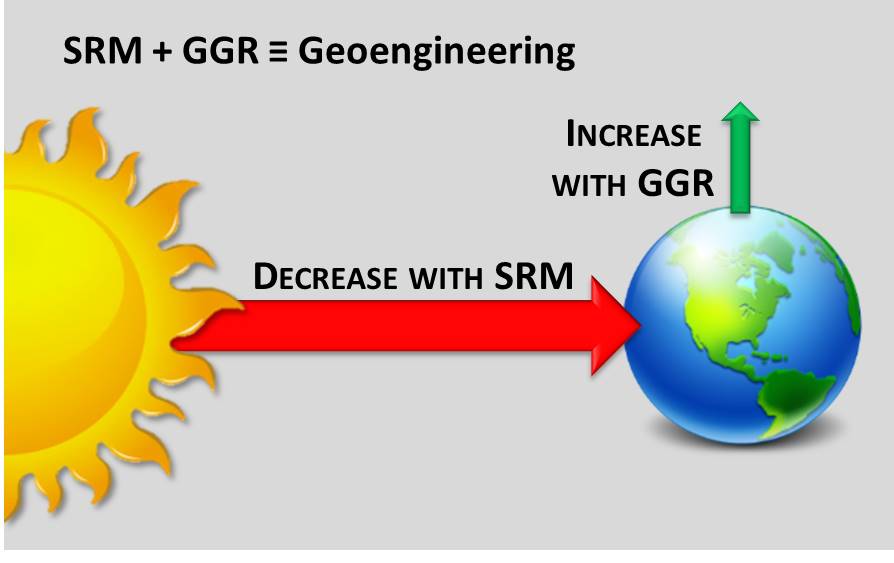 Fig. 3: Nature and definition of geoengineering

Climate scientists have consistently obfuscated this straightforward account by avoiding the energy-balance explanation and by treating SRM and GGR as unrelated measures. This has allowed them to dismiss SRM as an irresponsible climate hack or techno-fix, and to limit GGR's role to meeting futile temperature targets.

My third accusation is that, through these distortions, society has been deprived of the only crisis response that could possibly salvage its future:

Climate scientists deserve immense credit for establishing the reality and gravity of the GHG crisis through their research, and for courageously resisting the sordid denier attacks.  But, aside from these important contributions, they have failed to meet their social obligations as stipulated in their own codes of behavior.  They are therefore guilty of scientific misconduct.

This charge, however, applies to the field as a whole and not, as with research misconduct, to individual scientists.  Although the AGU's code of conduct includes a detailed investigative and disciplinary process for the latter, it has no such process for an entire field.  This is unfortunately typical among scientific associations, which means they have failed to respond adequately to Galston's impassioned cry that, "... scientific societies must somehow be made to realize and act on their social responsibilities."

The distinction between ethical research behavior and social responsibilities is crucial, and can be illustrated with two examples.  The first is the work of Rachel Carson.  Similar to Galston, her primary concern was not the integrity of DDT research, but the human and natural devastation caused by its heedless application.  The second example is more graphic.  Every code of conduct I examined includes provisions for protecting research animals.  A scientist who tortures or starves lab rats would therefore be subject to disciplinary action.  But in Australia's recent bushfires several billion animals were killed or displaced, causing them untold suffering.  This was due, at least in part, to the social irresponsibility of climate scientists in falsifying the GHG crisis and permitting the catastrophic rise in global temperature.  For their role in this gruesome atrocity, no professional discipline awaits.

I conclude by noting that, given the current state of climate science, rational thought about the GHG crisis is impossible and an effective response is out of reach.  Because the biosphere is collapsing with extraordinary speed, the field must either be quickly and radically reformed, or society must ignore its deceptive stories and replace them with the products of independent and socially responsible thought.

PREVIOUS Climate Science Post: Net-Zero Emissions is a Milestone, not a Goal